There weren’t many takers when I asked if anyone would be up for a “leisurely stroll” up Mt. Defiance on Saturday earlier this week. My two regular hiking companions opted out not wanting to insure themselves before our R2R adventure next week. I finally got my friend Sarah to say yes to this adventure and off we went.

I’ve had plans to hike Mount Defiance, it being the highest peak in the Gorge, but snow, ice and injuries prevented it in the past. I remember rolling up to the trailhead in the middle of the winter own year with good intentions just to discover that there was no trail that one could make out. This thing is steep and sketchy as hell in snow.

We started up trail 413 around 9.30am, reached the summit by 2 and were down in the parking lot by 6pm. There was sunshine, rain, wind, packed dirt and snow but mostly one of us occasionally saying “I think I can see some flatness ahead?” with slight hope that it might be true. 99% time it was not, this one is an up-up-up hike with barely any views. I had come with the idea that going up was going to be the challenge (4800 ft is a lot of up) but the real challenge was walking back down on the narrow path with nothing around but some ground cover and burnt trees. A tumble here could be fatal since there is nothing to grab - and seeing land slides on other hillsides did not make us feel any more confident either. 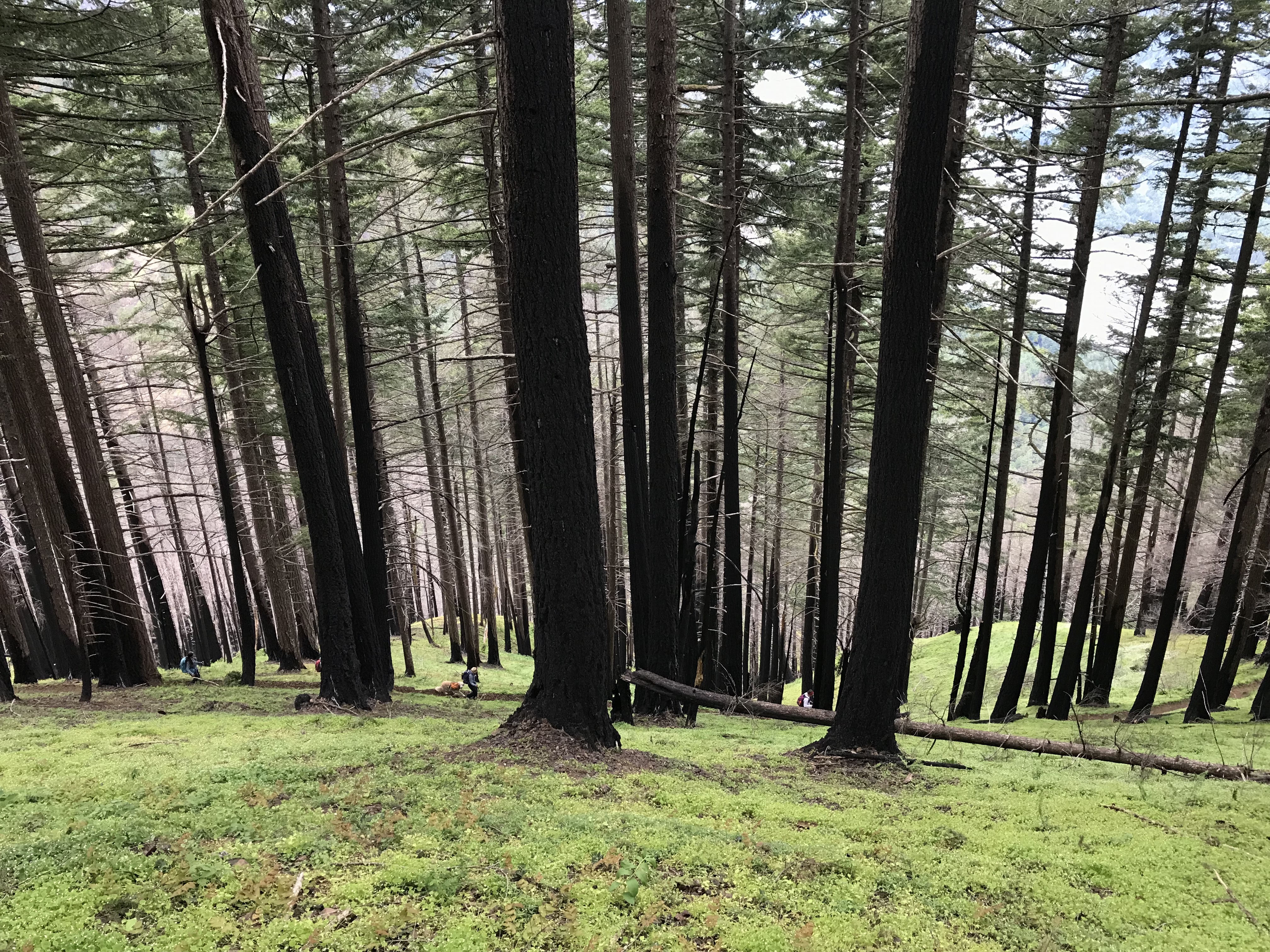 My Fitbit logged this hike at 11.72 miles but Garmin put it at more accurate 12.4 miles. It took us a little over 8 hours but I could easily shave off an hour or more off of that with some practice. Would I do it again? Most definitely! In fact on the way out we were discussing the pros and cons of doing Triple D (10k vertical feet, 25 miles in a day) starting with Devil’s Rest vs Dog Mountain. 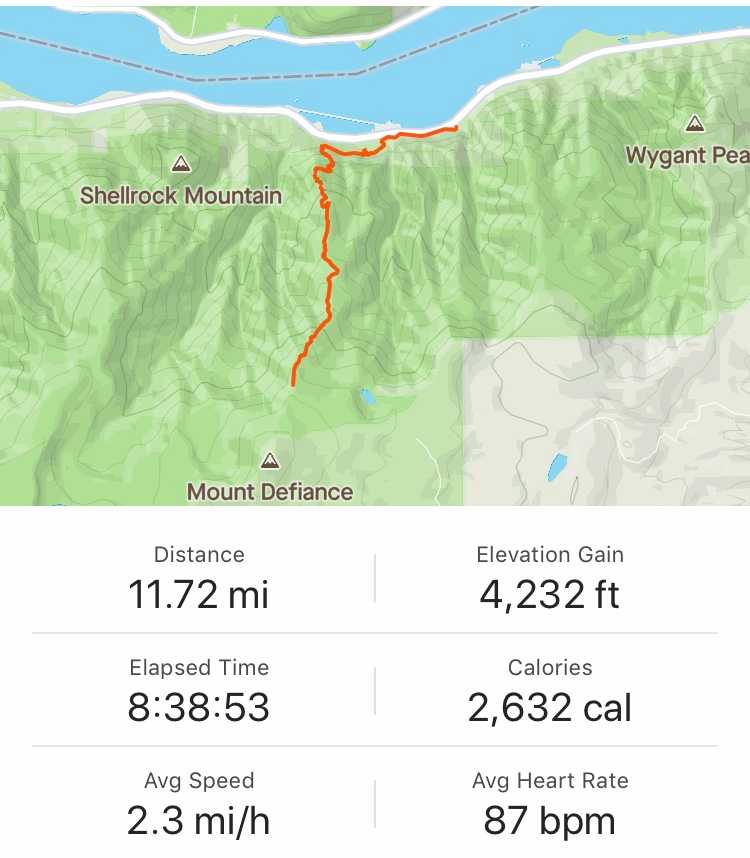 I was a little worried how my insured foot would fare it being only 6 weeks out of not being able to put any weight on it but it feels pretty solid so far. Next up - Grand Canyon R2R in one day in exactly 6 days. It’s essentially a shorter version of Triple D with only 9k of elevation change and 23.5 miles in the desert.