I braced for impact as I watched other team members up ahead trying to reach the summit of Middle Sister. Each step they took kicked loose some rock that would plummet down on the rest of us. We did not summit that mountain on that particular day. I had two decent sized bruises to show for those few hours trying to cover the last 800 vertical feet.

Good 8 hours later as we talked through the events over pizza and beers in a nearby town we all agreed that abandoning our summit attempt had been a good idea. The group ahead of us made it - but they were a group of 4 not 12 and unlike us they summitted via the icy stretch not the rock and scree field we had attempted. We could have returned to our ropes and crampons but it would have taken too long to do so. Despite the lack of summit the mood was still positive - no one had gotten seriously hurt or injured. 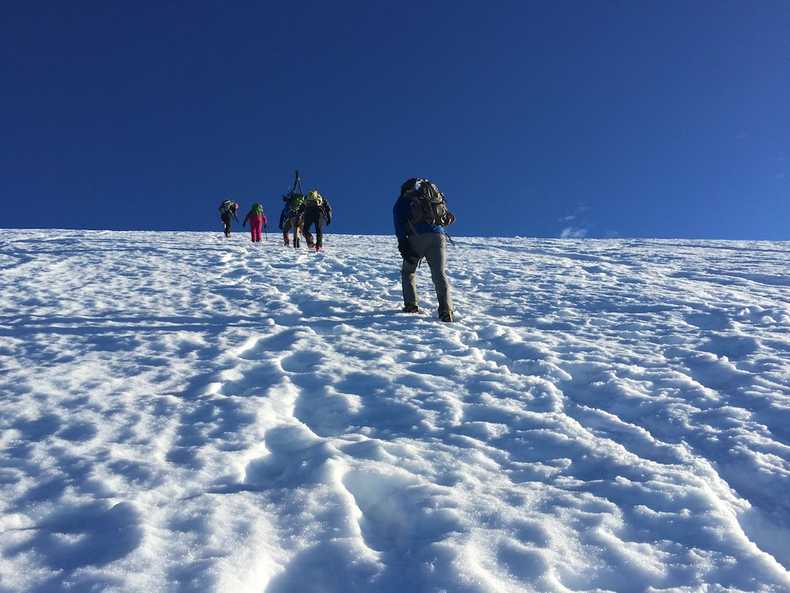 There have been no mountain climbs for me in 2020 thanks to COVID-19. However the more I reflect on strategies for mountaineering the more I find parallel lines between tech. In mountaineering we don’t celebrate when we summit - we celebrate when we are all back at the trailhead. Most mistakes happen on the way down when you are tired. Same goes for most successful engineering projects - launch day is great but the real success is revealed weeks later when there are no mission critical bugs to fix.

In mountaineering and in tech there are clearly defined roles and responsibilities. It is assumed you know your role and responsibilities when you sign up for a climb or a project. The best you can do for your team is to fully own your role but also being able to assist elsewhere when needed. There are rules to be followed and systems in place for safety - rope travel only works well if everyone knows how to do it when things are going great or when the only thing preventing you from plummeting into a crevasse or down a mountain is your team members knowing how to self arrest. Same goes for deploying successful tech projects.